The need for packaging 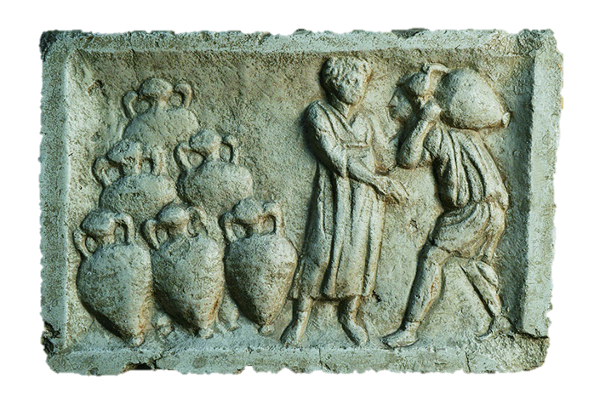 People have always needed to transport and protect objects and, as a result, containers and packaging have always existed.

In the days of the Romans, the packaging system par excellence were terracotta amphorae, used to transport oil, wheat, gold and other precious metals, and other goods all over the Mediterranean Basin.

Nature itself has found ingenious ways to protect fragile items, like eggshells, nutshells and seashells.

The history of packaging has evolved with the history of mankind. Throughout the centuries, new ways that use new materials have been developed. Starting with wood, a readily available material, then going on to use glass, pottery and metal, until the advent of tinplate at the beginning of the 20th century and plastics after World War II.

It is generally acknowledged that there are three basic types of packaging. Primary packaging is seen at points of sale and both its function and graphic design is aimed towards sales units. It is the case of bottles that contain water or soft drinks, tins of tuna fish or peas, detergent or shampoo bottles, or CD cases.

Tertiary packaging has been designed for transport purposes; that is, for moving a large number of sales units and, except in special cases, it never reaches the end user.

A project co-funded by the Ministry of Industry, Energy and Tourism in the grants awarded for the 2012 Re-industrialisation Programme and ERDF Operational Programme, Autonomous Region of Valencia 2007-2013 (PET COMPAÑÍA PARA SU RECICLADO, SA. A programme for implementing new technologies and processes in order to modernise the company. File no.: REI-040000-2012-61)